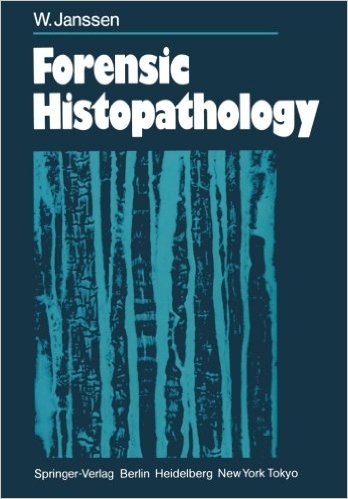 In the literature, there is no comprehensive survey and assessment of the histology of natural and unnatural injuries to humans that has been scientifically researched and practically examined from the point of view offo rensic medicine. Even today, an analysis of the international literature shows that the significance of histology in medicolegal examinations has not hitherto been systematically presented in the English language. Above all, there is a lack of a critical appraisal of the evidence value of histology and its significance within the scope of concrete forensic determinations. In the present volume, I have attempted to rectify this situation and thus bridge the prevailing gap in the literature. It is not, however, intended that a new area of histology be established as an independent discipline within forensic medicine. Rather, those facilities of histology will be emphasized that should be considered by scientists in forensic practice. There are of course older and more recent studies on branches of the subject (Kasianow 1954; Gerin 1965; Raekallio 1965,1970; Pioch 1966; Berg 1972; Benecke 1972; Perper and Wecht 1980). Otherwise, isolated histological examination findings on organ and tissue damage have been dealt with in old and new standard works on forensic medicine (Hofmann and Haberda, von Neureiter, Walcher, Pons old, Mueller, Popielski and Kobiela, Prokop, Poulsen, Tedeschi et aI., Uotila, Gresham).